Ask a male author about your male character traits or thoughts.

Amazon links to my stories: Autumn Breeze, A More Perfect Union, Double Happiness, The Wolves of Sherwood Forest, Neanderthals and the Garden of Eden can be found down the right side of the blog. Another site very useful in categorizing books in their proper order is: https://www.booksradar.com/richard-rw/richard.html

The value of a compliment

Tread lightly here. Women are often turned off by a guy complimenting them. "Oh, it's a line. "He's a dog."

We are cautioned about sexual harassment, abuse, and using one's Job (position) to gain favors. All true and to be respected.

BUT: In romance movies and hopefully in books there comes an appropriate time where the two protagonists complement each other (or one does and it is appreciated). So what's the difference? They're either on a level playing field or recognize the remark as sincere. But there's magic here. They feel the same way. Yep, that's how romance works on one level, mutual attraction. So actually saying that you are attracted becomes an affirmation to the other that they are loved or at least desired by someone they desire too.

There may not be a better natural feeling than knowing that the other appreciates you as much as they appreciate them. This assumes a lot of info has been collected to jump to the conclusion in a romance that you are truly loved. When this happens picture fireworks, because that's the ball game.

Rachel and Gabby: predictions based on no knowledge, lol

Okay, this is for the eyes of the ABC Bachelor fans only. Others can read that novel you've put off because life interrupts.

Gabby and Rachel are co-bachelorettes. They have become such great friends I just know they'll work well together.

BUT, in the previews you see some guys choosing which lady they like. So they refuse a rose from the 'wrong' bachelorette for them.

Although Gabby and Rachel question this, I think it best to clarify and I predict they'll like it more and more. I mean who wants a mate who doesn't want them, lol?

Gabby and Rachel are completely different in their personalities (and looks). So, it would be natural to quickly declare oneself team Gabby or Rachel. But who will and who will not? And there's always the possibility that a guy could change his mind, especially when he thinks he has no or little chance with the one he chose. BUT, how good a fit would it end up being? Ah, the complexities. I'm a chess master so I gravitate to this sort of intricacy in a story (or two stories).

There are many stories. There were 32 men but three were sent home on night one, last week. Who are they? The best place to see the cast is on various internet sites, probably ABC.

I'll have three columns in the future. Men for Gabby. Men for Rachel. The undecideds. And probably two more. Who Gabby likes and who Rachel likes. It's a bear.

The three sent home were predictable. Joey & Justin (twins) seemed (there are edits) to talk about their relationship with each other (too much). Where's the empathy, guys? Roby seemed only interested in showing off card tricks. Is this a one-way street? If so, tell the DMV.

Rachel Recchia is a gorgeous 26 yr old pilot and flight instructor with a sweet personality.

Gabby Windey, with eye-catching and unusual looks, is 31 and a ICU nurse and a former cheerleader for the Denver Broncos. She's very witty and down-to-earth. Both ladies have complementary hearts.

Mario Vassall, 31, personal trainer, got Gabby's first impression rose. Mario is a ball of energy who wants a family.

Tino Franco, 28, a general contractor, received Rachel's 1st rose. He is a go-with-the-flow type of guy who loves spending time with his family, friends, and dog.

That's all for now.

I often wonder why most authors don't address a character's voice. They do pay attention to the author's voice, the story's voice, or the point of view.

Maybe when writing they don't think about it. So, one must describe some of the characters' voices, please.

Enrich your story with characters' voices.

As a physicist, I have always thought it not rational that the universe is limited in space and has a shape. There are many scientists that believe in multiple universes. Or that the one we can measure goes on forever. Just as there are gaps between galaxies so should there be gaps between so-called universes and our gap gives us a misimpression, since we can't see beyond it.

Posted by RW Richard at 8:30 AM No comments:

I found a show on Netflix called Love is Blind.

I enjoyed it from a philosophical point of view. If in meeting someone you are overpowered by physical attraction, do you not, at least for a while, ignore or fail to observe their compatibility with you? Some carry this on to marriage and wake up after it is too late. They get divorced, a messy and expensive enterprise that rips hearts.

On a minor note the show's producers must have encouraged the participants to toss around four-letter words like they were going out of style. i sincerely doubt that this represents the way people talk to each other.

The way it works: a bunch of men and women go on numerous dates in pods, separate rooms. They can't see each other. They only have words. Needless to say, this forces the two people in the pods to ask more serious questions than "my place or yours."

IMO, love is not blind but the technic brings people together who might not have given a second thought to the other upon meeting. They would have never talked except for courtesies like how are you, isn't the weather wonderful, got to love those (name a team). This doesn't circumvent natural selection because it is natural. Everything humans do is natural. And secondly, they have a chance to run for the hills if they are not physically attracted to their opposite (or even for other reasons).

Modern life is often shallow and fast-paced. It's our duty to slow down to appreciate the beauty in all things. Anyway, some of the proposals that come out of the show actually result in solid marriages. 2 out of 5. But that's not the point. The show is simply asking us to dig deeper before saying we are falling head over heals with someone. Falling implies losing control. Never diminish your ability to make kind-hearted and rational decisions. Then devote yourselves to that special someone.

Posted by RW Richard at 9:38 AM No comments:

Seven Types of love displayed in a romance novel

The ancient Greeks had a thing for love. in fact, they intellectualized everything. This made for amazing advances in civilization.

6. Agape, love for everyone

It's those Greeks again. Many scholars water this down to Eros, Agape, and Philos. For the purpose of writing any romance story, I believe that all three types must show up in the novel to make it a meaningful success.

Philia: Ideal love or brotherly love. (Philadelphia). Aristotle said that pone must feel love for themselves before they can love others. Plato theorized that the best philia blossoms out of eros. (your mate is your best friend.)

Agape: Universal love. A good current example are the strangers in Poland that are taking into their homes, Ukranians. Agape is something inside us that has love for all living things. There are those who hate ass a way of life. This is not only defective and destructive but a denial of purpose of life.

So what does this have to do with writing romance novels. It's the arcs or growth as human beings that your characters travel through that make your story complete. A story that only focuses on Eros is written in a vacuum. Like a true artist you may paint a picture of how your characters interact in this world and how these goals to be better at life change the way they are. And how about that prospective mate who requests change or challenges to bring out the best in both. And what of their friends? How do they react to events around them together or apart?

Today, it is not sufficient, IMO, to not show them reacting and pro-acting in this world.

Posted by RW Richard at 9:17 AM No comments:

At Pennsylvania University, the head of the graduate department, Joseph Blough, called in his favorite TA, Candice Striper.

“I perused your proposal. You have got to be kidding, you can’t earn your PhD on such drivel.”

“But Professor Blough, it's ground never covered before. Think about the advance in human psychology, the breaking of myths. It could put PU on the map.”

Blough was somewhat swayed by the idea of trading integrity for economic gain. But Candice was all wrong on two counts. She shouldn’t become the subject of her own experiment and with her figure-skating figure, and being gorgeous, God forbid my wife would hear my thoughts, Chinese face, and silky raven hair down to her fine derriere. I have to stop.

“So, Candice, because of your beauty, I hope you don’t mind me stating the obvious, your little experiment will be ruined the moment you start.”

“Thank you, professor. That’s just it, the prettier I am the more likely this experiment will work.”

“I’ve tried hard to get somebody, anybody to help me.”

I'm now published by The Wild Rose Press and my first with them will be out soon, Cinnamon & Sugar.
A More Perfect Union is a finalist in 2015 San Diego Book Awards & an Amazon pick for best books of the year.

To be notified of RW (Bob) Richard's next release, send an email to rwrichard@ymail.com, subject line: Notify Me.
Visit my website at https://rwrichardnet.wordpress.com/ 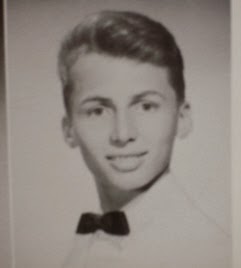 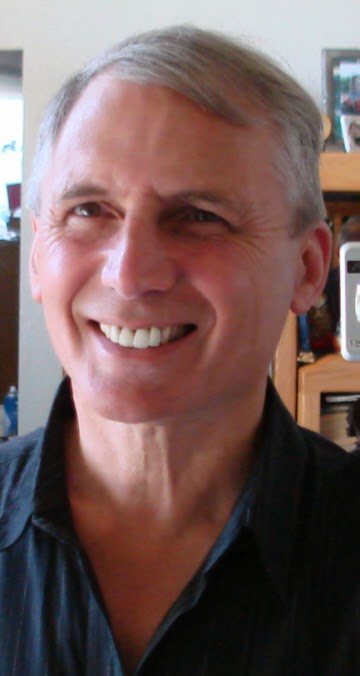 Most writers have one. I was a Realtor of the year, owner of a Century 21, then an ERA, and now owner of WEB Pacific Realty. I'd love to help you. Share with me your day job. I'll list it below. I believe if you don't help your businesses grow (writing included), they won't grow.

WHAT I'M UP TO

2015
My recently released novels:
A More Perfect Union - Is a finalist in the San Diego Book Awards for romance. It is a story about two nominees for president choosing between love and power.
Autumn Breeze - A 14 year old super genius loses her mother on 9/11 and attempts to put two strangers together, make them fall in love, get married and adopt her before she is sent back to Trinidad. This story won best romance by the SD Book Awards Assoc.
Double Happiness switch identities secretly to avoid a bungling mobster, but the boys wreak havoc with their fiancees jeapardiziing everything.

Prior works:
The Wolves of Sherwood Forest - A new adult novella. Young Robin and Marian save King Richard and deal with a pack of wolves.
Neanderthals and the Garden of Eden: Running with Wolves - Travel back 100,000 years to experience a simpler life based on daily survival, community and a symbiotic relationship with wolves.